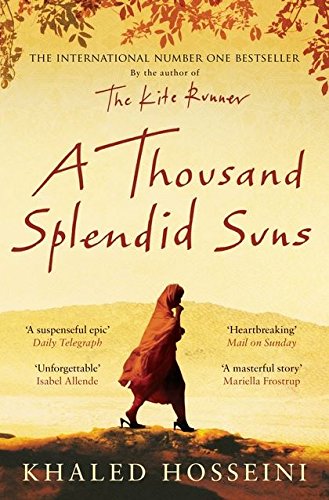 Mariam is only fifteen when she is sent to Kabul to marry Rasheed. Nearly two decades later, a friendship grows between Mariam and a local teenager, Laila, as strong as the ties between mother and daughter. When the Taliban take over, life becomes a desperate struggle against starvation, brutality and fear., Yet love can move a person to act in unexpected ways, and lead them to overcome the most daunting obstacles with a startling heroism.

'In case you're wondering whether A Thousand Splendid Suns is as good as The Kite Runner, here's the answer: No. It's better' Washington Post 'Only the hardest of hearts could fail to be as moved' Glamour 'A masterful narrative ... He is a storyteller of dizzying power' Evening Standard 'Hosseini has that rare thing, a Dickensian knack for storytelling' Daily Telegraph

Khaled Hosseini was born in Kabul, Afghanistan and moved to the United States in 1980. His first novel, The Kite Runner, was an international bestseller, published in thirty-four countries. In 2006 he was named a US goodwill envoy to the United Nations Refugee Agency. He lives in northern California.