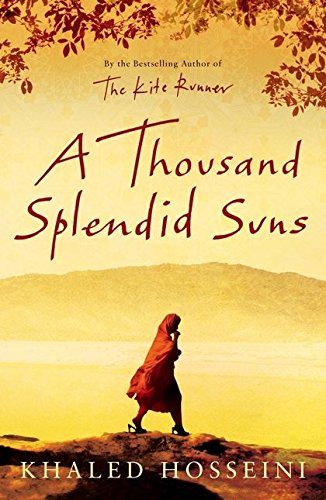 'A beautifully crafted and disturbing story of two women victims of the wrath of men. As unforgettable as The Kite Runner, this novel places us in Afghanistan with an open heart' Isabel Allende 'I loved this book - I couldn't put it down and read it in one sitting. It is incredibly moving and a real insight into the madness and suffering of Afghanistan - in particular its women' Fiona Bruce 'Hosseini proves his credentials as a superstar storyteller. This follow up to The Kite Runner will have fans rampaging into bookshops desperate for their copy. Yet again he weaves a masterful story around the lives of two extraordinary and compelling characters brought together in adversity' Mariella Frostrup 'At long last, Hosseini's A Thousand Splendid Suns in which the universally adored author of The Kite Runner returns with a study of love and self-sacrifice in a modern Afghan family' Sunday Telegraph

Mariam is only fifteen when she is sent to Kabul to marry the troubled and bitter Rasheed, who is thirty years her senior. Nearly two decades later, in a climate of growing unrest, tragedy strikes fifteen-year-old Laila, who must leave her home and join Mariam's unhappy household. Laila and Mariam are to find consolation in each other, their friendship to grow as deep as the bond between sisters, as strong as the ties between mother and daughter. With the passing of time comes Taliban rule over Afghanistan, the streets of Kabul loud with the sound of gunfire and bombs, life a desperate struggle against starvation, brutality and fear, the women's endurance tested beyond their worst imaginings. Yet love can move a person to act in unexpected ways, lead them to overcome the most daunting obstacles with a startling heroism. In the end it is love that triumphs over death and destruction. A Thousand Splendid Suns is an unforgettable portrait of a wounded country and a deeply moving story of family and friendship. It is a beautiful, heart-wrenching story of an unforgiving time, an unlikely bond and an indestructible love.