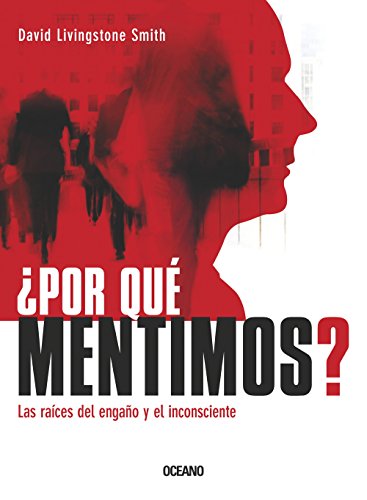 Deceit, lying, and falsehoods lie at the very heart of our cultural heritage. Even the founding myth of the Judeo-Christian tradition, the story of Adam and Eve, revolves around a lie.Biology reveals that lies are common occurrences in the natural world: plants and animals utilize falsehoods, deceit, and simulations to survive. Smith shows us how, by examining the stories we tell, the falsehoods we weave, and the unconscious signals we send out, we can learn much about ourselves and our minds. Its focus supports biology and anthropology, as well as psychoanalysis and philosophical reflection."

David Livingstone Smith is a professor of philosophy. He is also the co-founder and the current coordinator for the Institute for Cognitive Science and Evolutionary Psychology of the University of New England. He has studied related subject material on the psychology of the mind, evolutionary biology, and psychology. He is the author of numerous essays and opinion articles for various large circulation publications, among them Psychology Today and the Wall Street Journal. Among his published books are Freud's Philosophy of the Unconscious, Approaching Psychoanalysis: An Introductory Course Psychoanalysis in Focus and The Most Dangerous Animal: Human Nature and the Origins of War. He lives in Portland, Oregon.