ArtĒculos relacionados a The Evolutionist At Large

Allen, Grant The Evolutionist At Large

The Evolutionist At Large 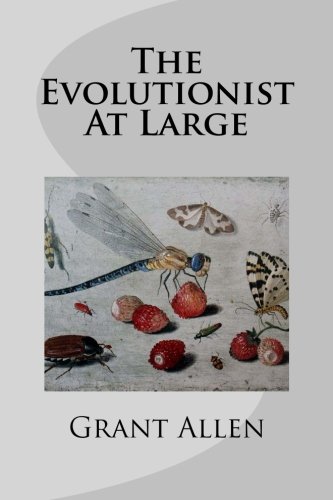 From the preface: These Essays originally appeared in the columns of the 'St. James's Gazette,' and I have to thank the courtesy of the Editor for kind permission to republish them. My object in writing them was to make the general principles and methods of evolutionists a little more familiar to unscientific readers. Biologists usually deal with those underlying points of structure which are most really important, and on which all technical discussion must necessarily be based. But ordinary people care little for such minute anatomical and physiological details. They cannot be expected to interest themselves in the flexor pollicis longus, or the hippocampus major about whose very existence they are ignorant, and whose names suggest to them nothing but unpleasant ideas. What they want to find out is how the outward and visible forms of plants and animals were produced. They would much rather learn why birds have feathers than why they have a keeled sternum; and they think the origin of bright flowers far more attractive than the origin of monocotyledonous seeds or exogenous stems. It is with these surface questions of obvious outward appearance that I have attempted to deal in this little series. My plan is to take a simple and well-known natural object, and give such an explanation as evolutionary principles afford of its most striking external features. A strawberry, a snail-shell, a tadpole, a bird, a wayside flower—these are the sort of things which I have tried to explain. If I have not gone very deep, I hope at least that I have suggested in simple language the right way to go to work.

Charles Grant Blairfindie Allen (February 24, 1848 – October 25, 1899) was a Canadian science writer and novelist, and a successful upholder of the theory of evolution.