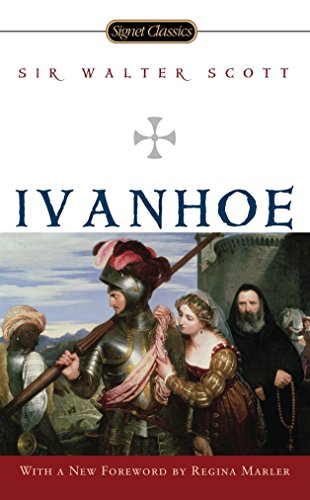 Reseńa del editor:
During the Crusades, Wilifrid, a young Saxon knight, embarks on a series of adventures to prove himself worthy of the princess Rowena, fighting the Normans and the Templars?and allied with such figures as Robin Hood and Richard the Lionheart.
Biografía del autor:
Sir Walter Scott was born in Edinburgh in 1771. Educated for the law, he obtained the office of sheriff-depute of Selkirkshire in 1799 and in 1806 the office of clerk of session, a post whose duties he fulfilled for some twenty-five years. His lifelong interest in Scottish antiquity and the ballads which recorded Scottish history led him to try his hand at narrative poems of adventure and action. The Lay of the Last Minstrel (1805), Marmion (1808), and The Lady of the Lake (1810) made his reputation as one of the leading poets of his time. A novel, Waverley, which he had begun in 1805, was published anonymously in 1814. Subsequent novels appeared with the note “by the author of Waverley”; hence his novels often are called collectively “the Waverley novels.” Some of the most famous of these are Old Mortality (1816), Rob Roy (1817), Ivanhoe (1819), Kenilworth (1821), and Quentin Durward (1823). In recognition of his literary work Scott was made a baronet in 1819. During his last years he held various official positions and published biographies, editions of Swift and Dryden, tales, lyric poetry, and various studies of history and antiquity. He died in 1832.
Sharon Kay Penman was born in New York City and grew up in New Jersey. She has a BA in history from the University of Texas and a Juris Doctor degree from Rutgers School of Law. She has not practiced law since the publication of her first novel, The Sunne in Splendour, in 1982. To date, she has written six historical novels and two medieval mysteries. She has lived in England and Wales while researching books, and currently lives in New Jersey.

Descripción Paperback. Condición: New. Reprint. Language: English. Brand new Book. During the Crusades, Wilifrid, a young Saxon knight, embarks on a series of adventures to prove himself worthy of the princess Rowena, fighting the Normans and the Templars?and allied with such figures as Robin Hood and Richard the Lionheart. Nş de ref. del artículo: BZV9780451531360