Artículos relacionados a The Python Years: Diaries 1969-1979 Volume One 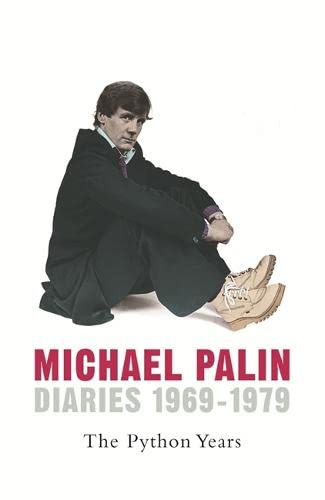 His showbiz observations are so absorbing . . . Palin is an elegant and engaging writer (GUARDIAN)

Accomplished . . . If Palin's comic genius is a given, this is a more rounded portrait of the decade which saw the Pythons become icons. Our favourite TV explorer shows us the workings of an unstoppable machine (DAILY EXPRESS)

Palin's style is so fluid, and his sincerity so palpable, that it is often easy to underestimate just how talented he is as a comedian, broadcaster and a writer . . . [the diaries] are just too good and he is too modest (SUNDAY EXPRESS)

Delightful and often extraordinarily funny . . . An entertaining and at times deeply moving read (MAIL ON SUNDAY)

If anyone writes a diary purely for the joy of it, it is Michael Palin . . . This combination of niceness, with his natural volubility, creates Palin's expansiveness (THE TIMES)

Palin's steady eye, contemplative bent and instinct for honest appraisal make him the perfect chronicler of a frequently insane period which saw the Monty Python team become the most celebrated comedians in the world (TIME OUT)

A slow burn, revealing its pleasures only gradually, and allowing readers the warm glow of hindsight denied its writer . . . This book will make the perfect present for those comedy obsessives of a certain age, who will know exactly what it is long before they have unwrapped it (SPECTATOR)

This combination of niceness, with his natural volubility, creates Palin's expansiveness. (David Baddiel THE TIMES)

Palin's style is so fluid, and his sincerity so palpable, that it is often easy to underestimate just how talented he is as a comedian, a broadcaster and a writer..... they are just too good and his is too modest. (Ruth Cowen THE SUNDAY EXPRESS)

Michael Palin has kept a diary since newly married in the late 1960s, when he was beginning to make a name for himself as a TV scriptwriter (for the Two Ronnies, David Frost etc). Monty Python was just around the corner.
This first volume of his diaries reveals how Python emerged and triumphed, how he, John Cleese, Graham Chapman, the two Terrys - Jones and Gilliam - and Eric Idle, came together and changed the face of British comedy. But this is but only part of Palin's story. Here is his growing family, his home in a north London Victorian terrace, which grows as he buys the house next door and then a second at the bottom of the garden; here, too, is his solo effort - as an actor, in Three Men in a Boat, his writing endeavours (often in partnership with Terry Jones) that produces Ripping Yarns and even a pantomime.
Meanwhile Monty Python refuses to go away: the hugely successful movies that follow the TV (his account of the making of both The Holy Grail and the Life of Brian movies are pager-turners), the at times extraordinary goings on of the many powerful personalities who coalesced to form the Python team, the fight to prevent a American TV network from bleeping out the best jokes on US trasmission, and much more - all this makes perceptive, funny and rivetting reading.