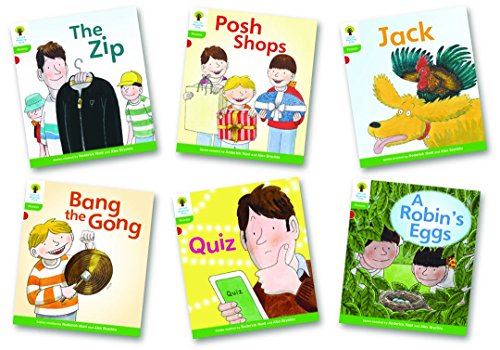 Engaging decodable Biff, Chip and Kipper stories 100% matched to Letters and Sounds enable your pupils to practise phonic skills with their favourite characters. (2011-05-11)

Author and illustrator team, Roderick Hunt and Alex Brychta, are two of the most experienced and successful reading scheme creators in the world. In 2008, Roderick Hunt received an MBE in the Queen's Birthday Honours List for services to education, particularly literacy. This was followed by further success when Roderick and Alex won the prestigious Outstanding Achievement Award at the Education Resources Awards 2009. Debbie Hepplewhite: Specialising as an independent synthetic phonics teacher and trainer, Debbie is an experienced primary school teacher and ex-Headteacher. She is an advisor for the UK Reading Reform Foundation and has been key to the development of the UK Government's promotion of synthetic phonics teaching.