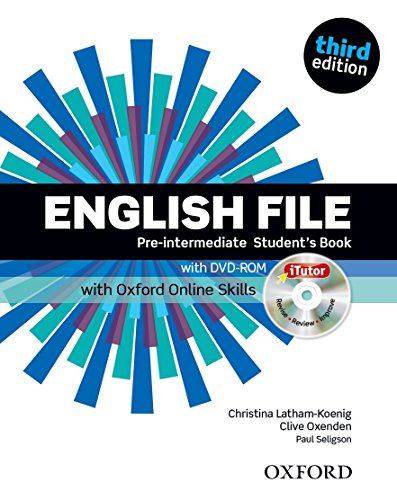 The English File Student's Book provides a flexible package for students to use both inside and outside of the classroom, complete with iTutor which allows students to catch up on missed lessons or review material covered in class via laptop or mobile.

The course follows a four-skills syllabus with a clear focus on pronunciation, plus Grammar Bank exercises for practice and activation of grammar. 'Real-world' In-The-Street interviews, Practical English motivating drama and documentary videos motivate and engage students with English language and culture.