ArtĒculos relacionados a Physics for Scientists and Engineers: A Strategic Approach...

Physics for Scientists and Engineers: A Strategic Approach With Modern Physics 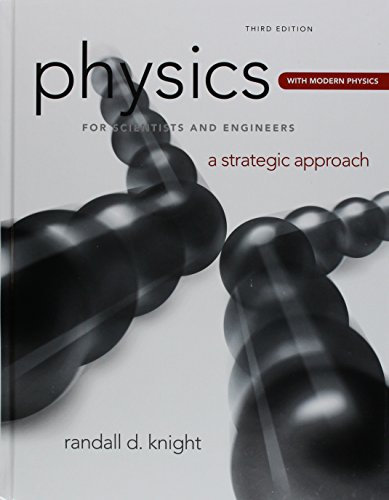 Randy Knight has taught introductory physics for 25 years at Ohio State University and California Polytechnic University, where he is currently Professor of Physics and Director of the Minor in Environmental Studies. Randy received a Ph.D. in physics from the University of California, Berkeley and was a post-doctoral fellow at the Harvard-Smithsonian Center for Astrophysics before joining the faculty at Ohio State University. It was at Ohio State, under the mentorship of Professor Leonard Jossem, that he began to learn about the research in physics education that, many years later, led to Five Easy Lessons: Strategies for Successful Physics Teaching and this book. Randy's research interests are in the field of lasers and spectroscopy. When he's not in the classroom or in front of a computer, you can find Randy hiking, sea kayaking, playing the piano, or spending time with his wife Sally and their seven cats.

Descripci¾n Condici¾n: good. Item may not include associated media. Used books may have cover wear and markings inside. ┬ĀAccess codes and supplements such as CDs or software are not guaranteed with used items. *We are unable to ship internationally*. N║ de ref. del artĒculo: dm4-144a