Artículos relacionados a Starting Out With Python

Gaddis, Tony Starting Out With Python

Starting Out With Python 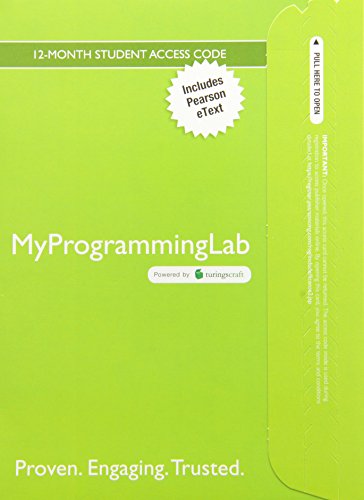 Tony Gaddis is the principal author of the "Starting Out with "series of textbooks. Tony teaches computer science courses at Haywood Community College in North Carolina. He is a highly acclaimed instructor who was previously selected as the North Carolina Community College "Teacher of the Year," and has received the Teaching Excellence award from the National Institute for Staff and Organizational Development. Besides C++ books, the "Starting Out with" series includes introductory books using the Java(TM) programming language, Microsoft(R) Visual Basic(R) .NET, and Microsoft(R) C#(R), all published by Addison-Wesley.
Judy Walters is an Associate Professor of Computer Science at North Central College in Naperville, Illinois. In addition to her many computer science courses, she enjoys teaching a freshman course on film and literature. She also enjoys studying foreign languages and cultures, and recently developed a new course in technology and society, which she taught in Costa Rica Fall 2005, as part of the college's international studies program.
Godfrey Muganda is an Associate Professor of Computer Science at North Central College in Naperville, Illinois, where he chairs the Computer Science Department. He teaches a wide variety of courses at both the undergraduate and graduate levels including courses in Object-Oriented Programming, Comparative Programming Languages, and Complier Design. His primary research interests are in the Fuzzy Sets and Systems. He won the North Central College faculty award for outstanding scholarship in 1993.

Descripción Pearson, 2014. Loose Leaf. Condición: Acceptable. * This is the "3 Ring Binder" Edition. Does not have a traditional binding like a hardcover or a paperback. Binder Not Included. This format costs significantly less than a new textbook. Highlighting/ Writing and shelf life Wear and Tear expected. Stickers May be on the book. Regardless of title, CD/DVD/Access Codes or Supplemental Materials are NOT guaranteed. This is not a rental. 30 Day from purchase Return policy. Buyer ships back. By making this purchase you are agreeing to the prior statements. Nş de ref. del artículo: C3-3492

Descripción Pearson, 2014. Loose Leaf. Condición: good. Item may not include associated media. Used books may have cover wear and markings inside. Access codes and supplements such as CDs or software are not guaranteed with used items. *We are unable to ship internationally*. Nş de ref. del artículo: ab4-224a