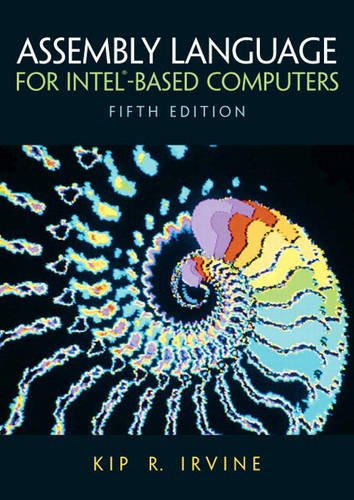 In this package, the 5th edition will be shipped with a CDROM containing Microsoft Visual C++ 2005 Express. Students and lab managers will be able to download MASM 8.0 from the Microsoft Web site (part of the Windows Vista SDK). The two products work together very well, and instructions are available on my Web site that explain how to set things up. Go to http://asmirvine.com, and select "Getting started".

Kip Irvine has written four computer programming textbooks, for Intel Assembly Language, C++, Visual Basic, and COBOL. His Assembly Language for Intel-Based Computers has been translated to six languages, and has been a best seller since 1990. Kip grew up in Hawaii as a surfer, sailor, and surfboard maker. He studied classical guitar and music composition at University of Hawaii, eventually earning his music doctorate from the University of Miami. He began programming computers for music synthesis around 1982, and taught at Miami-Dade Community College. He has a Masters degree in Computer Science from the University of Miami, and is currently on the computer science faculty at Florida International University.