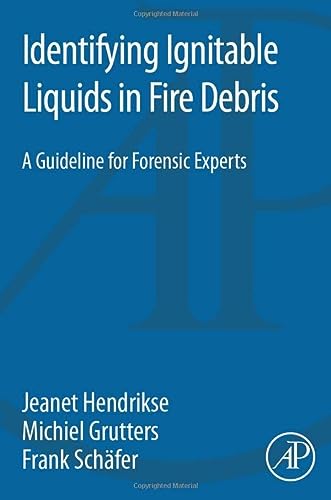 Jeanet Hendrikse is a forensic scientist at the Netherlands Forensic Institute (NFI) in The Hague, the Netherlands, a position she has held since 2004. She is a forensic expert in the fields of fire debris analysis and miscellaneous unknown casework, and currently also serves as team leader of this combined section.

Ms. Hendrikse is very active in the forensic fire debris community in Europe. She has been a member of the Fire & Explosions Investigation Working Group (FEIWG) of the European Network of Forensic Science Institutes (ENFSI) since 2004. As a member of this working group, she has been the driving force in the development and coordination of a European collaborative testing scheme for ignitable liquid analysis in fire debris. She is currently a steering-committee member, and is leading the establishment of a European database of ignitable liquids.

Ms. Hendrikse is involved in the training of national fire investigators, and lecturing on the subjects in her field of expertise to members from the Dutch legal system.

Ms. Hendrikse holds a Master of Science degree in Analytical Chemistry from Leiden University (the Netherlands). Before becoming a forensic scientist at the NFI, she worked as a chemist at the international Organization for the Prohibition of Chemical Weapons (OPCW) in the Hague for 7 years, the industrial company Hoechst Holland in Vlissingen for 1 year, the printing office Lawson Mardon in Bergen op Zoom for 1 year, and the environmental laboratory SGS Ecocare in ‘s Gravenpolder for 2 years (all located in the Netherlands).