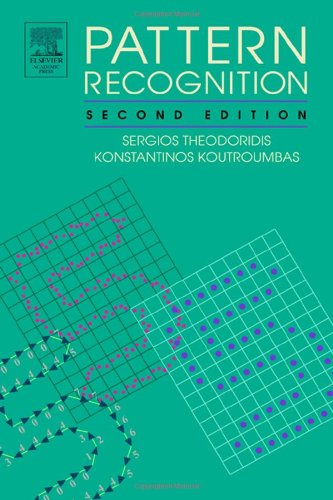 *Approaches pattern recognition from the designer's point of view *New edition highlights latest developments in this growing field, including independent components and support vector machines, not available elsewhere *Supplemented by computer examples selected from applications of interest Pattern recognition is a scientific discipline that is becoming increasingly important in the age of automation and information handling and retrieval. This volume's unifying treatment covers the entire spectrum of pattern recognition applications, from image analysis to speech recognition and communications. This book presents cutting-edge material on neural networks, - a set of linked microprocessors that can form associations and uses pattern recognition to learn. A direct result of more than 10 years of teaching experience, the text was developed by the authors through use in their own classrooms.

Sergios Theodoridis holds a physics degree from Athens University and an M.Sc. and a Ph.D. degree in electronics and electrical engineering from the University of Birmingham, UK He is currently with the Department of Informatics, University of Athens. His research interests lie in the areas of adaptive signal processing, communications, and pattern recognition. Theodoridis has published more than 40 papers in journals and more than 50 refereed conference papers, and he is the coeditor of Adaptive System Identification and Signal Processing Algorithms. Theodoridis was General Chairman for EUSIPCO 98 and Organizing Chairman of PARPLE 1995, plus he has served as an Associate Editor for IEEE Transactions on Signal Processing. He has held various consultancy posts both in Industry and the Greek Government, and he has participated in a number of European Union funded projects. Konstantinos Koustroumbas holds a computer engineering degree from the University of Patras, an M.Sc. degree from the University of London, UK, and a Ph.D. from Athens University. His research interests lie in the area of neural networks and pattern recognition. Koustroumbas is currently with the Hellenic Telecommunications Organization.