Artículos relacionados a Seawater: Its Composition, Properties and Behaviour... 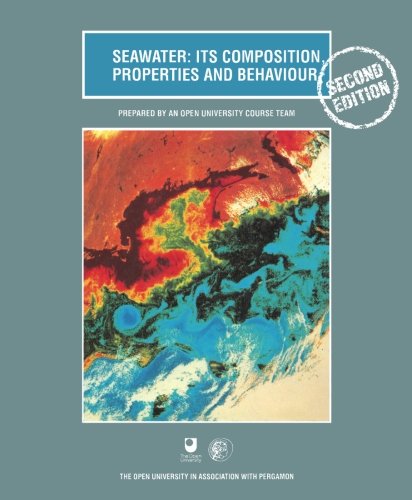 This volume belongs to a series on oceanography and is designed so that it can be read on its own or studied as part of an Open University third-level course, S330 Oceanography. The book has been substantially updated in this second edition to take account of recent developments in marine science. Sections dealing with difficult physical and chemical concepts have been re-written on the basis of feedback from the first edition, making this an appropriate learning tool for oceanography students. Chapter one summarizes the special properties of water and the role of the oceans in the hydraulic cycle. It then discusses the distribution of temperature and salinity in the oceans and how they influence water density and movements. Light and sound in seawater are considered next, along with some uses of acoustics. These are followed by an examination of the composition and behaviour of dissolved constituents, including such topics as residence times, the control of pH, and redox relationships. Finally, it reviews the history of seawater and its role in global cycles, with special reference to climatic change and the CO2 problem.