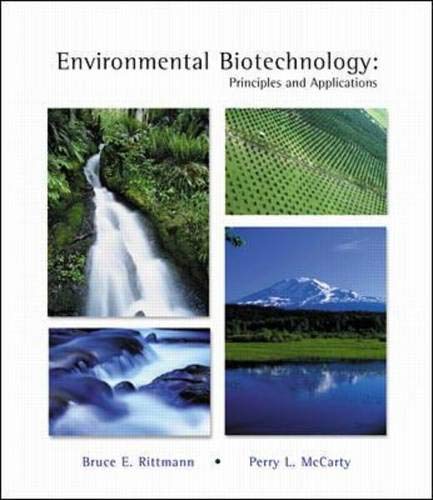 In Environmental Biotechnology-Principles and Applications, the authors connect the many different facets of environmental biotechnology. The book develops the basic concepts and quantitative tools in the first six chapters, which comprise the principles. The text consistently calls upon those principles as it describes the applications in Chapters 7 through 16. The theme is that all microbiological processes behave in ways that are understandable, predictable, and unified. At the same time, each application has its own special features that must be understood. The special features do not overturn or sidestep the common principles. Instead, they complement the principles and are most profitably understood in light of the principles.

Bruce E. Rittmann is Regents' Professor of Environmental Engineering and Director of the Biodesign Swette Center for Environmental Biotechnology at Arizona State University. He is the recipient of the 2018 Stockholm Water Prize and along with Dr. McCarty he was the winner of the Clarke Prize for Outstanding Achievement in Water Technology.

Descripción soft cover. Condición: New. International Edition. No supplemental materials. International Editions may have a different cover or ISBN but generally have the exact same content as the US edition, just at a more affordable price. In some cases, end of chapter questions may vary slightly from the US edition. International Editions are typically printed in grayscale, and likely will not have any color throughout the book. New. Books ship from multiple locations depending on availability. All orders are shipped with tracking information. We take pride in our customer service. Please contact us if you have any questions regarding this listing. Nş de ref. del artículo: 16838