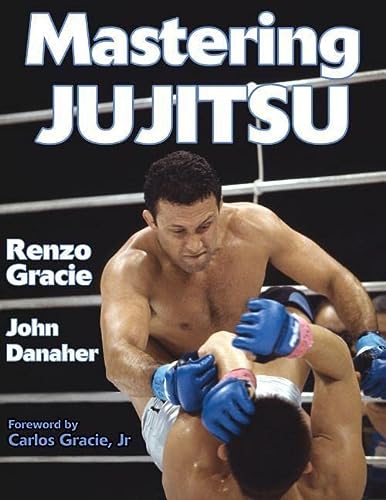 Featuring the underlying strategies, planning and tactical skills required to take basic movements to a higher level, this video should be useful to any jujitsu artist. The reader is introduced to combat phases versus ranges and is shown how to attack and win from any phase.

In recent years, the grappling arts have proven to be the most effective form of combat in mixed martial arts (MMA) and no-holds-barred (NHB) competitions. Above all others, the Gracie brand of Brazilian jujitsu has become recognized as the preeminent fighting style in unarmed combat. Now Renzo Gracie--instructor; competitor; and champion of numerous grappling, MMA, and NHB events--reveals the inner workings of the art in his latest book, Mastering Jujitsu. From the origins of the art to personal techniques, you will experience the impact the Gracies have had on jujitsu and learn the strategies they have developed to dominate their opponents. Gracie shares the subtleties of the techniques necessary for mastering the art, and he clearly demonstrates the flow of movement with more than 250 high-quality photos. Not only will Mastering Jujitsu help you progress from isolated skill development techniques to a full set of tactics and fight plans, but it will also introduce you to the concept of combat phases and teach you to attack from any phase. You will learn how to react to your opponent in any situation. Whether you're caught in a bottom position or attacking from the top, Gracie reveals the key strategies designed to give you the upper hand. The depth and breadth of topics covered in Mastering Jujitsu will aid even the most experienced black belts in their understanding and execution of Brazilian jujitsu. With detailed coverage on advanced principles, you will get all the tactics, strategies, techniques, and drills you need for close combat fighting.

One of the most successful and active members of the world-famous Gracie clan, Renzo Gracie has spent almost 30 years training in Brazilian jujitsu. Competing at the highest levels of mixed martial arts (MMA), grappling, and no-holds-barred (NHB) events, he has won the Brazilian jujitsu national title twice, the World Combat Championships (MMA event), and the martial arts reality series superfight. He is also a two-time winner of the world submission grappling championship (held annually in Abu Dhabi) and a multiple winner in Japan's premier MMA venue, PRIDE. Gracie has instructed many current UFC competitors and students who have gone on to become world Brazilian jujitsu champions, PRIDE champions, and Pan American Games champions. His New York City academy is one of the largest and most popular in the United States. Gracie continues to teach, train, and compete throughout the world. He resides in New York City. An instructor at the Gracie school of Jujitsu in New York, John Danaher has been Renzo's training partner for several years. He holds a PhD from Columbia University and has written another book, Brazilian Jujitsu: Theory and Technique, with Renzo and his cousin Royler Gracie. Danaher has the distinction of being involved with the highest authorities in the sport and the formal writing skills to convey it. He resides in New York City.