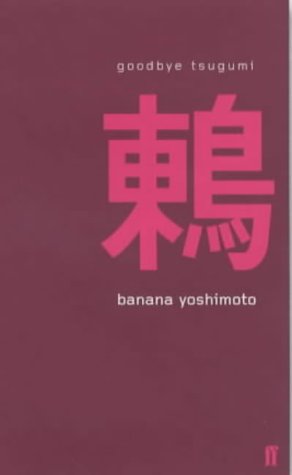 'Her novels can have the effect of addictive drugs... Compact, accessible and dangerously addictive' The Times

Maria is the only daughter of an unmarried woman. She has grown up at the seaside alongside her cousin Tsugumi, a lifelong invalid, charismatic, spoiled and occasionally cruel. Now Maria's father is finally able to bring Maria and her mother to Tokyo, ushering Maria into a world of university, impending adulthood, and a 'normal' family. When Tsugumi invites Maria to spend a last summer by the sea, a restful idyll becomes a time of dramatic growth as Tsugumi finds love, and Maria learns the true meaning of home and family. She also has to confront both Tsugumi's inner strength and the real possibility of losing her.

Descripción Faber and Faber, 2003. Paperback. Condición: Used; Good. **SHIPPED FROM UK** We believe you will be completely satisfied with our quick and reliable service. All orders are dispatched as swiftly as possible! Buy with confidence!. Nş de ref. del artículo: mon0001590601

Descripción Gardners Books, 2003. Paperback. Condición: Very Good. The book has been read, but is in excellent condition. Pages are intact and not marred by notes or highlighting. The spine remains undamaged. Nş de ref. del artículo: GOR000989111

Descripción Gardners Books, 2003. Condición: Good. A+ Customer service! Satisfaction Guaranteed! Book is in Used-Good condition. Pages and cover are clean and intact. Used items may not include supplementary materials such as CDs or access codes. May show signs of minor shelf wear and contain limited notes and highlighting. Nş de ref. del artículo: 0571212794-2-4

Descripción Faber And Faber Ltd. 2003-07-01, 2003. Paperback. Condición: Very Good. Item is in very good condition. If supplemental codes/CDs for textbooks are required please contact us prior to purchasing as they may be missing. Photos are stock pictures and not of the actual item. Nş de ref. del artículo: DS-0571212794-2