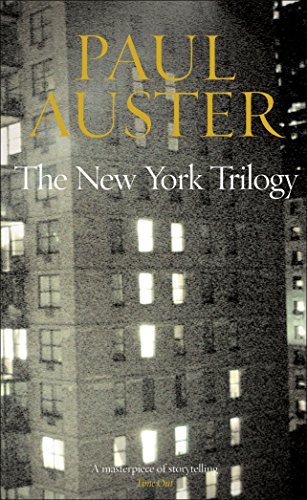 Reseńa del editor:
The New York Trilogy is an astonishing and original book: three cleverly interconnected novels that exploit the elements of standard detective fiction and achieve a new genre that is all the more gripping for its starkness. In each story the search for clues leads to remarkable coincidences in the universe as the simple act of trailing a man ultimately becomes a startling investigation of what it means to be human. Auster's book is modern fiction at its finest: bold, arresting and unputdownable.
Biografía del autor:
Paul Auster is the best-selling author of Winter Journal, Sunset Park, Man in the Dark, The Brooklyn Follies, The Book of Illusions, The New York Trilogy, among many other works. In 2006 he was awarded the Prince of Asturias Prize for Literature and inducted into the American Academy of Arts and Letters. Among his other honours are the Independent Spirit Award for the screenplay of Smoke and the Prix Medicis Etranger for Leviathan. He has also been short-listed for both the International IMPAC Dublin Literary Award (The Book of Illusions) and the PEN/Faulkner Award for Fiction (The Music of Chance). His work has been translated into more than thirty languages. He lives in Brooklyn, New York.