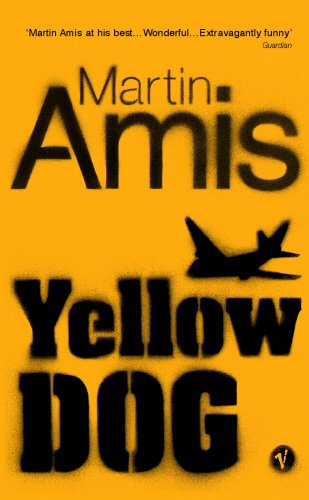 When 'dream husband' Xan Meo is vengefully assaulted in the garden of a London pub, he suffers head-injury, and personality-change. Like a spiritual convert, the familial paragon becomes an anti-husband, an anti-father. He submits to an alien moral system - one among many to be found in these pages. We are introduced to the inverted worlds of the 'yellow' journalist, Clint Smoker; the high priest of hardmen, Joseph Andrews; the porno tycoon, Cora Susan; and Royce Traynor, the corpse in the hold of the stricken airliner, apparently determined, even in death, to bring down the plane that carries his spouse. Meanwhile, we explore the entanglements of Henry England: his incapacitated wife, Pamela; his Chinese mistress, He Zizhen; his fifteen-year-old daughter, Victoria, the victim of a filmed 'intrusion' which rivets the world - because she is the future Queen of England, and her father, Henry IX, is its King.

Martin Amis is the author of nine novels, two collections of stories and six collections of non-fiction. Koba the Dread, the successor to his celebrated memoir, Experience, was published by Cape in 2002.