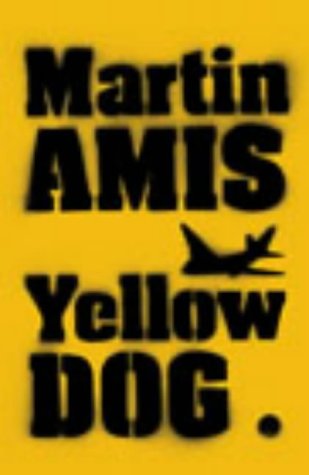 First printing, light wear to dust jacket. Shipped from the U.K. All orders received before 3pm sent that weekday.

As clever and convincing as ever (Sunday Telegraph)

One of the best novels he's written. As funny as Dead Babies, as blackly portentous as London Fields and as satirically on-the-nail as Money. Perfectly weighted, exquisitely observed and rich in condensed meaning. (Mail on Sunday)

[There] are moments of magical vigilance and great emotional delicacy, intimations of a quite different kind of writer that Amis could be, or would be, perhaps, were it not for the demands of his devastating comic gift. (Guardian)

Mind-tinglingly good. He seems to have guessed what you thought about the world, and then expressed it far better than you ever could. Here is a novel to silence the doubters. Amis has found a subject to match the tessellated polish of his style. (Observer)

When 'dream husband' Xan Meo is vengefully assaulted in the garden of a London pub, he suffers head-injury, and personality-change. Like a spiritual convert, the familial paragon becomes an anti-husband, an anti-father. He submits to an alien moral system - one among many to be found in these pages. We are introduced to the inverted worlds of the 'yellow' journalist, Clint Smoker; the high priest of hardmen, Joseph Andrews; the porno tycoon, Cora Susan; and Kent Price, the corpse in the hold of the stricken airliner, apparently determined, even in death, to bring down the plane that carries his spouse. Meanwhile, we explore the entanglements of Henry England: his incapacitated wife, Pamela; his Chinese mistress, He Zhezun; his fifteen-year-old daughter, Victoria, the victim of a filmed 'intrusion' which rivets the world - because she is the future Queen of England, and her father, Henry IX, is its King.

The connections between these characters provide the pattern and drive of Yellow Dog. Novelists have noticed that contemporary reality keeps outdoing their imaginations. Yet there is still the obligation to attempt a reading of the present and the very near future. If, in the twenty-first century, the moral reality is changing, then the novel is changing too, whether it likes it or not. Yellow Dog is an early example of how the novel, or more particularly the comic novel, can respond to this transformation. But Martin Amis is also concerned here with what is changeless and perhaps unchangeable. Patriarchy, and the entire edifice of masculinity; the enormous category-error of violence, arising between man and man; the tortuous alliances between men and women; and the vanished dream (probably always an illusion, but now a clear delusion) that we can protect our future and our progeny.