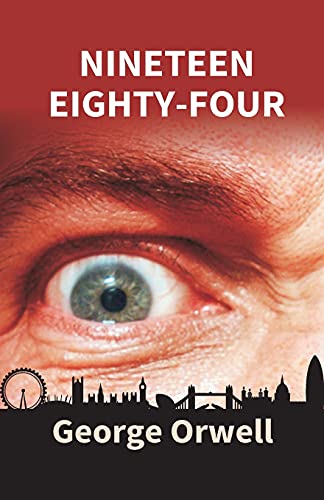 Descripción 2017. Softcover. Condición: New. 310 ABOUT THE BOOK:- One of the most popular novels, the author encapsulated the thesis at the heart of his novel. The implications of dividing the world up into Zones of influences. The main characters of the novels are: Winston Smith; Julia; Big Brother; O Brien; Emanuel Goldstein. Winston Smith works for the ministry of truth in London, chief city of Airstrip one. Big Brother stares out from every poster. When Winston finds love with Julia, he discovers that life does not have to be dull and deadening and awakens to new possibilities. In this novel, the author s terrifying vision of a totalitarian future in which everything and everyone is slave to a tyrannical regime. The novel also coined many new words and phrases which regular appear in popular culture. ABOUT THE AUTHOR:- Eric Arthur Blair (1903-1950) better known by his pen name, George Orwell, was born in India. He is one of England s most famous writers and social commentators. In December 1936, he travelled to Spain, where he joined one of the groups fighting against General Francisco Franco in the Spanish Civil War. He was badly injured with a militia, getting shot in the throat and arm. Orwell and his wife, Eleen, were indicted on treason charges in Spain. Orwell is best known for two novels, Animal Farm; and Nineteen Eighty-Four both of which were published toward the end of his life. Near the end of his life, Orwell proposed to editor Sonia Brownell. He married her in October 1949, only a short time before his death. The Title 'Nineteen Eighty-Four written/authored/edited by George Orwell', published in the year 2017. The ISBN 9789351285243 is assigned to the Paperback version of this title. This book has total of pp. 310 (Pages). The publisher of this title is Kalpaz Publications. This Book is in English. The subject of this book is Literature & Fiction / Contemporary Fiction. Size of the book is 11.43 x 17.78 cms .POD Language: English. Nş de ref. del artículo: PB1111008615800