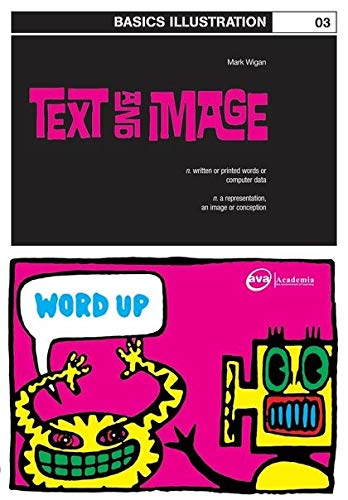 The second book in the successful Basics Illustration series looks to the history of illustration for inspiration from medieval manuscripts and hieroglyphics to the contemporary. It also examines the production of artefacts, for example artists books, graphic novels, posters, and handmade typography, stencils, graffiti, and fonts designed by illustrators.

Mark 'Wigan' Williams is one of Britain's foremost graphic artists, an influential academic and a writer. Since 1998, Wigan has lectured in Graphic Design and Illustration throughout the UK, including courses in Hull, Derby, Coventry and Central Saint Martins College, London. Between 2002 and 2006 he was course director on the BA Illustration and MA Illustration courses at Camberwell College of Arts, London. From 2007, he has become the Programme Leader of the BA Graphic Design course at the University of Salford's School of Art and Design. Wigan is also co-founder and director of House of Ear - Experimental Art Research, a gallery/studio and project space in Manchester, UK. He continues to paint, self-publish books of his drawings, print limited-edition silkscreen prints and T-shirts, and exhibit in galleries and venues worldwide.