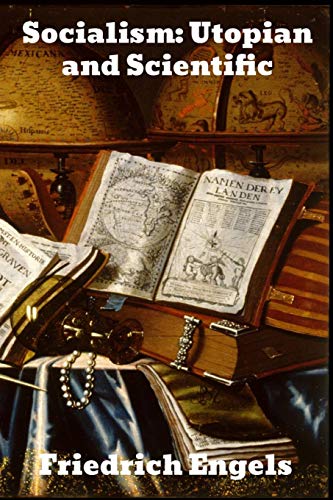 Descripción Binker North, United States, 1880. Paperback. Condición: New. Language: English. Brand new Book. Socialism: Utopian and Scientific is a short book first published in 1880 by German-born socialist Friedrich Engels. The work was primarily extracted from a longer polemic work published in 1876, Anti-Dühring. It first appeared in the French language.The title Socialism: Utopian and Scientific was adopted for the first English edition -- the tenth language in which the book appeared. Intended as a popularization of Marxist ideas for a working class readership, the book was one of the fundamental publications of the international socialist movement during the late 19th and early 20th centuries, selling tens of thousands of copies.Throughout the decade of the 1860s, Karl Marx, close personal friend and political associate of Friedrich Engels, dedicated himself to the study of economics, culminating in the publication of the first volume of Das Kapital in 1867. Marx's lengthy and ponderous volume was extremely difficult for the average reader to penetrate, however, leading Engels to suggest to Marx in a letter of September 16, 1868 that a short popularized version of Das Kapital for a working class audience was urgently needed."If it is not written, some Moses or other will come along and do it and botch it up," Engels warned.Marx concurred with Engels' assessment, suggesting "it would be a very good thing if you yourself wrote a small popular explanatory pamphlet. Engels went on to prepare a short summary of the central points of Das Kapital, but the pamphlet was never published. Nevertheless, the necessity for popularization of Marx's frequently turgid prose remained -- a need finally addressed by Engels with the publication of the short work Socialism: Utopian and Scientific more than a decade later. Nş de ref. del artículo: AAV9781989708965