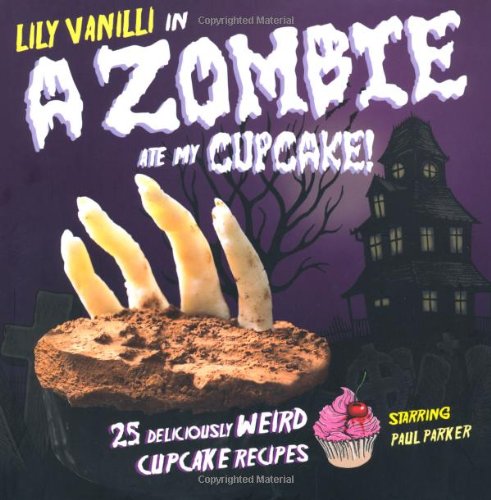 Here, Lily Vanilli shows how you can take inspiration from anywhere - insects, roadkill, zombies - and recreate it in cake, but always with a delicious result. This book is an introduction to making cakes that look weird, ugly and even grotesque - but that taste divine! There are amazing materials for making edible sculptures and hundreds of things you can do with natural ingredients. Give guests a shock with revoltingly realistic Marzipan Beetles, or add a crunch to your desserts with Morbid Meringue Bones, dipped in raspberry blood sauce. Try out a black cherry Dracula's Bite red velvet cupcake with cream cheese, eat your way through heavenly Fallen Angel Cakes or go for indulgent and truly dark chocolate Devil's Delight Cupcakes. If Ozzy Osbourne made cupcakes, these are the ones he'd want to eat.

Lily Vanilli, aka Lily Jones, is a baker and cake designer. Originally a graphic designer, she began baking as a hobby and then started selling her cakes at Swanfield market near Brick Lane. Her cakes are made by hand in her own kitchen in east London, and are available online at www.lilyvanilli.com. She is known for her unusual recipes - she experiments with savoury ingredients such as avocado and bacon - and designs spectacular cakes and other edible treats, such as the marzipan insects she made for an Alexander McQueen film project, or the blood and gore cupcakes created for Maaike Meeking's show at London Fashion Week. Read more at http://lily-vanilli.blogspot.com.