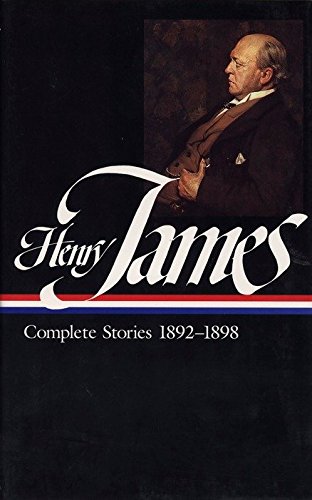 A handsome, authoritative edition of twenty-one classic stories from James's latest and greatest period includes "The Turn of the Screw," "The Figure in the Carpet," and "The Altar of the Dead."

The 21 stories in Complete Stories 1892-1898 represent James at the peak of his storytelling powers. Among them are "The Turn of the Screw", one of his most popular works, a terrifying exercise in psychological horror centering on the corruption of childhood innocence; "The Real Thing", a playful consideration of the illusions of art and the paradoxes of authenticity; "The Figure in the Carpet", "The Death of the Lion", and "The Middle Years", three very different expositions of the mysteries of authorship, embodying some of James's most profound insights into the nature of his own art; "The Altar of the Dead", a somber, ultimately wrenching meditation on the relation of the living to the dead; and "In the Cage", an extended evocation of the inner life of a young woman trapped in a dehumanizing job at a postal-and-telegraph office.