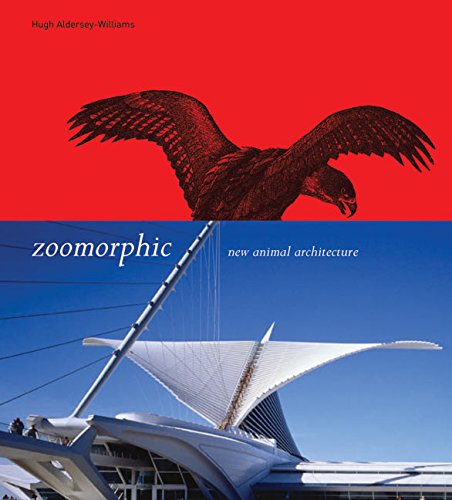 A rash of buildings inspired by bizarre animals have been built and commissioned in the last few years. Animal/House examines this, on the surface, quirky trend and questions why and how this has happened. Is it because of new technical possibilities in materials and structural engineering? Or is the answer to be found in new social preoccupations in science? After a brief look a the historical precedents, the main body of the book focuses on contemporary buildings such as Foster's SECC in Glasgow based on an armadillo and Calatrava's Milwaukee Art Museum that recalls a bird. It shows the various ways in which the organic/animal forms inform the architectural ones. Sometimes the 'animal' connection is generated for structural reasons (nature supplies an elegant solution to a structural problem); in other cases the resemblance is symbolic; while in yet others the visual connection is more accidental.

Hugh Aldersey-Williams is a freelance writer and author of a number of books, including New American Design (1988), World Design: Nationalism and Globalism in Design (1992) and The Most Beautiful Molecule (1994). He was the regular design critic for the New Statesman for five years until 2000 and is now a regular contributor to The Independent, The Guardian