Artículos relacionados a The Pleasures of the Damned: Selected Poems 1951-1993

Bukowski, Charles The Pleasures of the Damned: Selected Poems 1951-1993 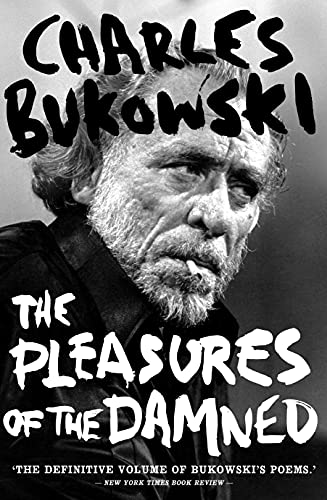 The pleasures of the damned:selected poems 1951-1993 editado por Canongate Books

He brought everybody down to earth, even the angels. -- LEONARD COHEN Likely to stand as the definitive volume of Bukowski's poems. It is well edited by John Martin, the publisher of the estimable Black Sparrow Press, who was Bukowski's editor for most of his working life. * * New York Times Book Review * * The best poet in America. -- JEAN GENET A laureate of American low life. * * Time * * Bukowski wrote poetry as minimal as a bullet. He could be funny and heartbreaking in the same sentence. -- Colin Waters * * Sunday Herald * * This bulbous collection contains a frankly astonishing amount of poems - it's a paperback of such great dimensions that it could be wood-pannelled and used as a small bar. * * Dazed and Confused * * Extraordinary: unsentimental, vigorous and profound. * * Good Book Guide * *

Descripción Canongate Books, 2010. Paperback. Condición: Used; Good. Dispatched, from the UK, within 48 hours of ordering. This book is in good condition but will show signs of previous ownership. Please expect some creasing to the spine and/or minor damage to the cover. Grubby book may have mild dirt or some staining, mostly on the edges of pages. Damaged cover. The cover of is slightly damaged for instance a torn or bent corner. Nş de ref. del artículo: CHL6606592

Descripción Canongate Books Ltd, 2010. Paperback. Condición: Very Good. The book has been read, but is in excellent condition. Pages are intact and not marred by notes or highlighting. The spine remains undamaged. Nş de ref. del artículo: GOR003097084

Descripción Canongate Books Ltd, 2010. Paperback. Condición: Fair. A readable copy of the book which may include some defects such as highlighting and notes. Cover and pages may be creased and show discolouration. Nş de ref. del artículo: GOR008914401

Descripción Canongate Books Ltd, 2010. Paperback. Condición: Good. Light foxing to page edges Good condition is defined as: a copy that has been read but remains in clean condition. All of the pages are intact and the cover is intact and the spine may show signs of wear. The book may have minor markings which are not specifically mentioned. Most items will be dispatched the same or the next working day. Nş de ref. del artículo: wbb0016418588