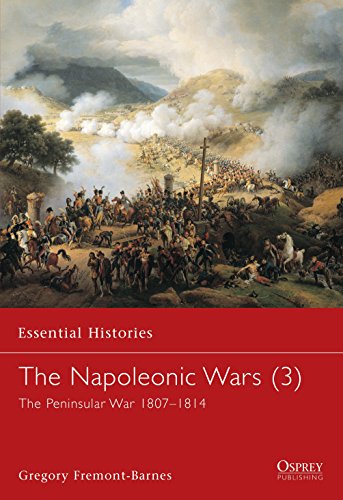 Napoleon's occupation of the Iberian peninsula embroiled him in a protracted and costly war against British, Spanish and Portuguese forces ultimately led by one of history's greatest commanders -- the Duke of Wellington. Yet it also introduced a new dimension to warfare, for Napoleon's 'Spanish ulcer' became a bitter seven-year struggle against peoples inflamed by nationalism. Thus, while Wellington achieved successive victories in open battle, a parallel guerrilla war exacted a heavy toll of its own on the invaders. No mere sideshow to the other campaigns of the period, the Peninsular War made a significant contribution to Napoleon's eventual downfall.

Gregory Fremont-Barnes holds a doctorate in Modern History from the University of Oxford and serves as a Senior Lecturer in the Department of War Studies at the Royal Military Academy, Sandhurst. A prolific author, his books include Waterloo 1815: The British Army's Day of Destiny and many others on military and naval subjects covering the 18th to the 21st centuries. Holding a particular interest in insurgency and counterinsurgency, his wider work for the UK Ministry of Defence on these subjects regularly takes him to Africa, the Middle East and South America. As an academic advisor, Dr Fremont-Barnes has accompanied many groups of British Army officers and senior NCOs in their visits to numerous battlefields of the Peninsular War, the Waterloo campaign, Normandy and the Falklands.

4. THE NAPOLEONIC WARS: THE PENINSU