Artículos relacionados a Blood In Iron: 1 (The Iron Series)

Blood In Iron: 1 (The Iron Series) 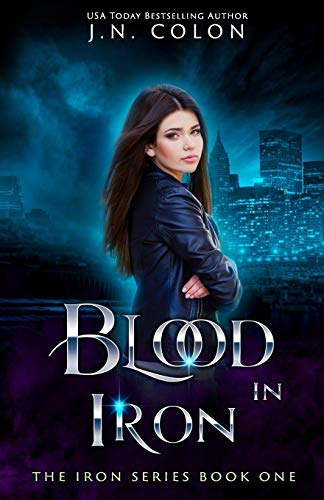 Descripción Independently Published, United States, 2015. Paperback. Condición: New. Language: English. Brand new Book. Binge Read the Complete Series Today!Monsters are real, and I'm the girl that kills mons were the last things Kory expected to find when bodies began turning up in her city. Even more surprising, a stranger tells her she was born to hunt them. Kory's never been one to follow orders, and she'd rather give fate the finger. But Rex, a powerful demon hunter, is as persistent as he is smoldering hot and has no intention of letting the rebellious teen forget her calling. Caught between surviving and following her destiny, Kory's life is thrown into chaos with a whole world of demons ready to drag her into darkness. Rex becomes a constant thorn in her side. When she doesn't want to strangle him, her thoughts turn forbidden. The sultry demon hunter is strictly off-limits, but Kory's never met a rule she didn't like to break. As more demons flood her city, and her strength grows, dangerous secrets begin to unravel. Despite Rex's faith in her, Kory's destiny may be more than she bargained for. Is she merely another demon hunter or is her blood the key to something darker?If you like the epic romance of A Shade of Vampire and the non-stop action of A Court of Thorns and Roses and Throne of Glass, you'll love the gritty and fast-paced dark urban fantasy BLOOD IN IRON.Scroll Up and 1-Click to start Binge Reading the series today!. Nş de ref. del artículo: APC9781798572405