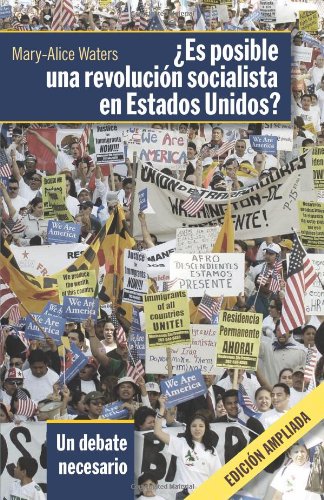 The answer to the question posed in the title of this book takes on added urgency in 2009 with the contraction of capitalist production that is accelerating worldwide. In two talks, presented as part of a wide-ranging debate at the annual Venezuela Book Fairs in 2007 and 2008, Mary-Alice Waters explains why a socialist revolution is not only possible. Even more importantly, she explains why revolutionary struggles by working people are inevitable, initiated not by the toilers, but forced upon us by the employing class’s crisis-driven assaults on our living standards and job conditions—on our very humanity. As solidarity grows among a fighting vanguard of working people, the outlines of coming class battles can already be seen.

“Is Socialist Revolution Possible in the U.S.? To think that a socialist revolution in the U.S. is not possible, you would have to believe not only that the ruling families of the imperialist countries and their economic wizards have found a way to ‘manage’ capitalism. You would also have to close your eyes to the spreading imperialist wars, civil wars, and economic, financial, and social crises we are in the midst of.”—Mary-Alice Waters, Caracas, Venezuela, November 2007.

Descripci¾n Pathfinder Press, 2009. Condici¾n: Good. 2a. Former Library book. Shows some signs of wear, and may have some markings on the inside. N║ de ref. del artĒculo: GRP70432085