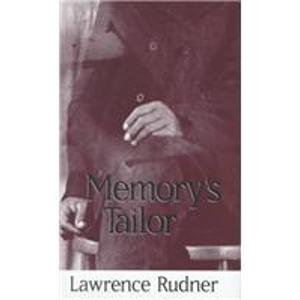 Alexandr Davidowich Berman has made his living sewing costumes for the Kirov Ballet in Leningrad. Old, weary, and alert to anti-Semitism, he has retired. Although he has shut himself up in his tiny apartment, the curator of the Catherine Museum finds him and commissions him to repair tsarist clothing for a traveling exhibition. One day while mending a vintage coat, Berman discovers a scrolled manuscript sewn into the lining. It is a letter written by a nameless Jew who lived in the early 1800s under Nicholas I. ""I am a man of no importance. I only want my son to come back."" Inspired by this document-the world's smallest Torah-the tailor is seized by a mission. Before they are forgotten, he is determined to collect the life stories of Soviet Jews and secretly sew them into the historical clothing preserved in Russia's great museums, even into the suit worn by Lenin's corpse. With Simon Moscovich Zorin, a retired glassblower he dragoons as his driver and companion, this tailor of Jewish memory crosses Russia and the Ukraine on a fantastic, sometimes comical journey. The histories of these two old men and of Russian Jews they meet during the sojourn recreate a vivid picture of Jewry over many turbulent centuries. Berman's odyssey to preserve his people's long heritage culminates in Moscow in 1991 on the day the Soviet government collapses. Memory's Tailor is Lawrence Rudner's second novel. He writes here with irony and magic that have inspired comparisons with works by Singer, Kosinski, and Garc!a-M rquez. Combining comedy, tragedy, and a sense of magical realism, Rudner makes this human story shine as a heartfelt witness to an epic of love, suffering, and endurance. Before his death at age 48 in 1995, Rudner had been acclaimed as a writer of great promise. His first novel, The Magic We Do Here (1988) was praised highly by readers and critics. Memory's Tailor, which he had completed just before he died, is the full flowering of a powerful talent. Lawrence Rudner was a professor of journalism, world literature, Holocaust literature, and creative writing at North Carolina State University. Memory's Tailor was prepared for publication by novelist John Kessel, Rudner's colleague at North Carolina State University, and by Susan Ketchin, author of The Christ-Haunted Landscape: Faith and Doubt in Southern Fiction (University Press of Mississippi), and the first editor of the University Press of Mississippi's fiction series.