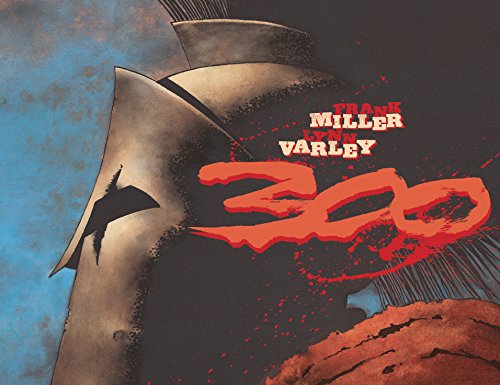 The armies of Persia—a vast horde greater than any the world has ever known—are poised to crush Greece, an island of reason and freedom in a sea of madness and tyranny. Standing between Greece and this tidal wave of destruction are a tiny detachment of but three hundred warriors. Frank Miller's epic retelling of history's supreme moment of battlefield valor is finally collected in its intended format—each two-page spread from the original comics is presented as a single undivided page.

300 is a story of war and defiance as only Frank Miller can tell. Featuring the watercolor talents of painter Lynn Varley, 300 marks the first collaboration for these two creators since 1990's Elektra Lives Again. The five-part series is collected into a beautiful, 88-page hardcover volume, with each two-page spread from the comic presented as it was originally intended - as a single undivided page, greatly enhancing the graphic and narrative power of this immortal tale of heroic sacrifice. Make sure to check out the online preview of 300 here. And watch for news of this soon to be made major motion picture.