Artículos relacionados a Far away and long ago : a history of my early life...

William Henry Hudson Far away and long ago : a history of my early life (1918) 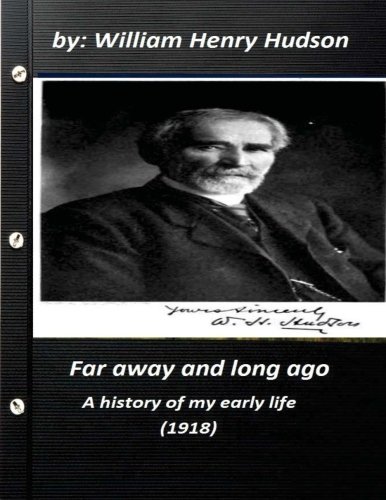 William Henry Hudson (4 August 1841 – 18 August 1922) was an author, naturalist, and ornithologist.Hudson was born in the borough of Quilmes, now Florencio Varela of the greater Buenos Aires, in Buenos Aires Province, Argentina. He was the son of Daniel Hudson and his wife Catherine née Kemble, U.S. settlers of English and Irish origin. He spent his youth studying the local flora and fauna and observing both natural and human dramas on what was then a lawless frontier, publishing his ornithological work in Proceedings of the Royal Zoological Society, initially in an English mingled with Spanish idioms. He had a special love of Patagonia. Hudson settled in England during 1874, taking up residence at St Luke's Road in Bayswater.[1] He produced a series of ornithological studies, including Argentine Ornithology (1888–1899) and British Birds (1895), and later achieved fame with his books on the English countryside, including Hampshire Day (1903), Afoot in England (1909) and A Shepherd's Life (1910), which helped foster the back-to-nature movement of the 1920s and 1930s.