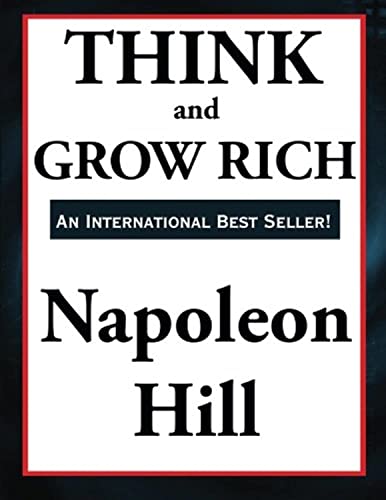 Complete and unabridged! The classic First edition text! This book conveys the experience of more than 500 men of great wealth, who began at scratch, with nothing to give in return for riches except thoughts, ideas and organized plans. Here you have the entire philosophy of moneymaking, just as it was organized from the actual achievements of the most successful men known to the American people during the past fifty years. It describes what to do, also, how to do it! It presents complete instructions on how to sell your personal services. It provides you with a perfect system of self-analysis that will readily disclose what has been standing between you and “the big money” in the past. It describes the famous Andrew Carnegie formula of personal achievement by which he accumulated hundreds of millions of dollars for himself and made no fewer than a score of millionaires of men to whom he taught his secret. Perhaps you do not need all that is to be found in the book— no one of the 500 men from whose experiences it was written did— but you may need one idea, plan or suggestion to start you toward your goal. Somewhere in the book you will find this needed stimulus. The book was inspired by Andrew Carnegie, after he had made his millions and retired. It was written by the man to whom Carnegie disclosed the astounding secret of his riches— the same man to whom the 500 wealthy men revealed the source of their riches. In this volume will be found the thirteen principles of money-making essential to every person who accumulates sufficient money to guarantee financial independence.