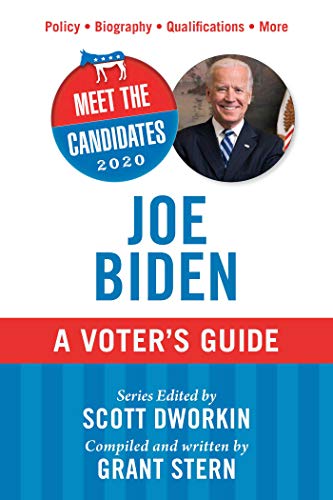 Descripción Skyhorse Publishing, United States, 2019. Paperback. Condición: New. Language: English. Brand new Book. Is Joe Biden the right Democrat to face Donald Trump in 2020? Decide by reading this guide to his policies, accomplishments as Senator and Vice President to Barack Obama. Even before he decided to run, Joe Biden was the most popular Democratic candidate for president in 2020. On the heels of serving as vice president, and close friend, to Barack Obama, Biden's resume and likability position the former Congressman from Delaware as the favorite for the nomination. He holds s strong lead in the polls. But Joe Biden's legacy is much more complicated. He chaired the Foreign Relations and Senate Judiciary Committees, but his treatment of Anita Hill in the Clarence Thomas Supreme Court hearings will be a black mark on his candidacy. He oversaw successful Great Recession relief and the Violence Against Women Act and ultimately received the Presidential Medal of Freedom, but the racial statements from his past will reflect poorly when promoted by Republicans and fellow Democratic candidates. And Biden has faced allegations of inappropriate touching by several women. Meet the Candidates 2020: Joe Biden: A Voter's Guide will explore these contradictions and help you decide if Biden is your choice for 2020. The Meet the Candidates 2020 series is the informed voter's guide to making a decision in the 2020 Democratic primary and presidential election. Each book gives an unbiased, political insider's analysis of each contender, featuring: candidate interviews; an introduction by campaign advisor, Democratic Coalition co-founder, and Dworkin Report host Scott Dworkin; and compilation and writing by Occupy Democrats Editor at Large Grant Stern. In two hours of reading, you'll understand their defining characteristics, credentials, campaign issues, challenges, presidential chances, and everything else you need to know to decide who should challenge Donald Trump. Whether it's for Elizabeth Warren, Joe Biden, Bernie Sanders, Kamala Harris, Pete Buttigieg, Cory Booker, or another, Meet the Candidates is what you need to make an informed vote for president in 2020. Nş de ref. del artículo: BZV9781510750319