Artículos relacionados a A Court Of Thorns And Roses

Maas J. Sarah A Court Of Thorns And Roses

A Court Of Thorns And Roses 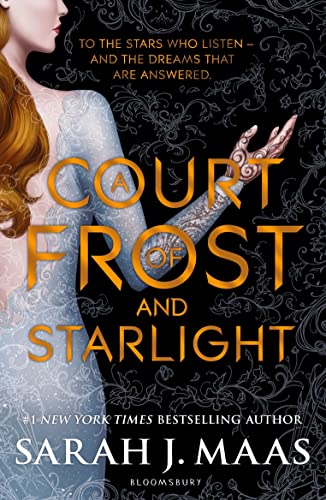 A gorgeously written tale as lush and romantic as it is ferocious. It's impossible not to be caught in Feyre's snare as her tremendous will and heart lead her on a journey through glimmering lands and into a terrifying, dark court of nightmares. Absolutely spellbinding (New York Times bestselling author Alexandra Bracken)

Sarah J. Maas is a master storyteller. Her writing is exquisite; her characters complex, flawed and endlessly relatable and worlds all-consuming (So Many Books, So Little Time)

This is a world of strong female warriors. But they retain just enough human vulnerability to warm our hearts (Jewish Chronicle)

A companion tale to Sarah J. Maas's #1 New York Times bestselling A Court of Thorns and Roses series that takes place several months after the explosive events of A Court of Wings and Ruin

Told from the perspectives of Feyre, Rhys and other key characters, this story bridges the events in A Court of Wings and Ruin and the upcoming novels in the series.
Feyre, Rhys and their companions are still busy rebuilding the Night Court and the vastly changed world beyond. But Winter Solstice is finally near, and with it a hard-earned reprieve. Yet even the festive atmosphere can't keep the shadows of the past from looming. As Feyre navigates her first Winter Solstice as High Lady, she finds that those dearest to her have more wounds than she anticipated - scars that will have a far-reaching impact on the future of their court.

Descripción Paperback. Condición: Very Good. Shipped within 24 hours from our UK warehouse. Clean, undamaged book with no damage to pages and minimal wear to the cover. Spine still tight, in very good condition. Remember if you are not happy, you are covered by our 100% money back guarantee. Nş de ref. del artículo: 6545-9781408890325

Descripción Paperback. Condición: Very Good. Very Good: a copy that has been read, but is in excellent condition. Pages are intact and not marred by notes or highlighting. The spine remains undamaged. Most items will be dispatched the same or the next working day. Nş de ref. del artículo: wbb0021665603