Artículos relacionados a The Legend of Maya Deren: A Documentary Biography and... 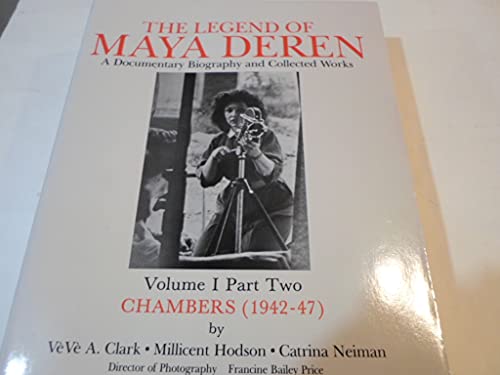 Cultural Writing. Film Studies. Bibliography. Filmography. Index. Documents Maya Deren's development as a filmmaker. Included are film scripts, shooting diagrams from Meshes of the Afternoon, Witch's Cradle, At Land, A Study in Choreography for Camera, and Ritual in Transfigured Time; articles on film-making; a facsimile of An Anagram of Ideas on Art Form and Film (her monograph on film theory); publicity materials; reviews; excerpts from lectures; stills from the films, photographs, and Interviews with friends and critics. "There has never been a biographical study quite like this one. Congratulations to everyone involved for a first rate piece of work"--David Ehrenstein. "It is a complex, gripping, deeply moving narrative"--Jerry Tallmer. "Essential for anyone interested In experimental film and women artists, THE LEGEND OF MAYA DEREN is also a must for those concerned with other arts, letters, and social Issues of our time. Libraries would do well to add several copies of this book to their collections"--Cecile Starr.

1. The Legend of Maya Deren: A Documentary Biography and Collected Works, Volume I, Part 2, Chambers: 0