Artículos relacionados a The Hidden Face of Eve: Women in the Arab World

El Saadawi, Nawal The Hidden Face of Eve: Women in the Arab World

The Hidden Face of Eve: Women in the Arab World 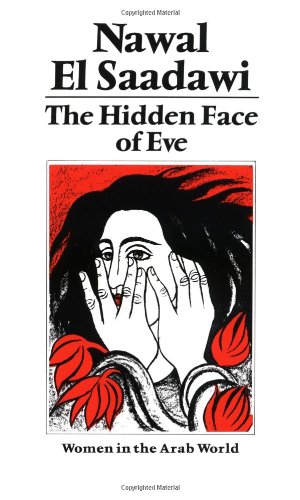 This powerful account of the oppression of women in the Muslim world remains as shocking today as when it was first published, more than a quarter of a century ago. Nawal El Saadawi writes out of a powerful sense of the violence and injustice which permeated her society. Her experiences working as a doctor in villages around Egypt, witnessing prostitution, honour killings and sexual abuse, including female circumcision, drove her to give voice to this suffering. She goes on explore the causes of the situation through a discussion of the historical role of Arab women in religion and literature. Saadawi argues that the veil, polygamy and legal inequality are incompatible with the essence of Islam or any human faith.

Egyptian novelist, doctor and militant writer on Arab women's problems and their struggle for liberation, Nawal el Saadawi was born in the village of Kafr Tahla. Refusing to accept the limitations imposed by both religious and colonial oppression on most women of rural origin, she qualified as a doctor in 1955 and rose to become Egypt's Director of Public Health. Since she began to write over 30 years ago, her books have concentrated on women. In 1972, her first work of non fiction, Women and Sex, evoked the antagonism of highly placed political and theological authorities, and the Ministry of Health was pressurised into dismissing her. Under similar pressures she lost her post as Chief Editor of a health journal and as Assistant General Secretary in the Medical Association in Egypt. From 1973 to 1976 she worked on researching women and neurosis in the Ain Shams University's Faculty of Medicine; and from 1979 to 1980 she was the United Nations Advisor for the Women's Programme in Africa (ECA) and Middle East (ECWA). Later in 1980, as a culmination of the long war she had fought for Egyptian women's social and intellectual freedom, an activity that had closed all avenues of official jobs to her, she was imprisoned under the Sadat regime. She has since founded the Arab Women's Solidarity Association and devoted her time to being a writer, journalist and worldwide speaker on women's issues. With the publication by Zed Books in 1980 of The Hidden Face of Eve: Women in the Arab World, English language readers were first introduced to the work of this major writer. Zed Books has also published four of her previous novels, Woman at Point Zero (1983), God Dies by the Nile (1985), The Circling Song (1989) and Searching (1991) as well as a collection of her non-fiction writings The Nawal El Saadawi Reader (1997). She has received three literary awards.

1. The Hidden Face of Eve: Women in the Arab World

2. The Hidden Face of Eve: Women in the Arab World El Saadawi, Nawal