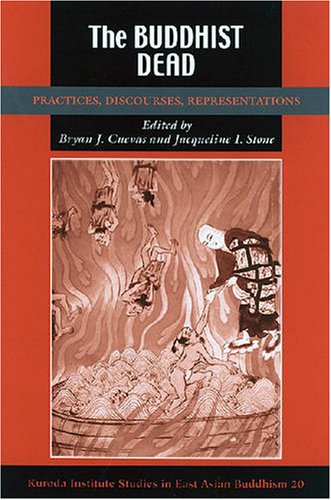 In its teachings, practices, and institutions, Buddhism in its varied Asian forms has been - and continues to be - centrally concerned with death and the dead. Yet surprisingly "death in Buddhism" has received little sustained scholarly attention. "The Buddhist Dead" offers the first comparative investigation of this topic across the major Buddhist cultures of India, Sri Lanka, China, Japan, Tibet, and Burma. Its individual essays, representing a range of methods, shed light on a rich array of traditional Buddhist practices for the dead and dying; the sophisticated but often paradoxical discourses about death and the dead in Buddhist texts; and the varied representations of the dead and the afterlife found in Buddhist funerary art and popular literature. This important collection moves beyond the largely text- and doctrine-centered approaches characterizing an earlier generation of Buddhist scholarship and expands its treatment of death to include ritual, devotional, and material culture.