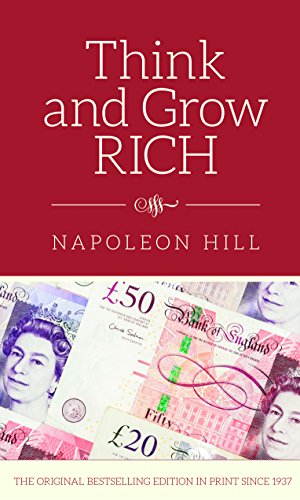 Through researching billionaires Napoleon Hill crafted the philosophy and lifestyle behind those who experienced financial success. Although Hill's aim was to coach others to become like said billionaires, Think and Grow Rich is more about encouraging people towards their own perspective goals. "A quitter never wins-and-a winner never quits."

Ever the ambitious mind, Napoleon Hill's writing career started when he was 13-years-old when he gave himself the job of 'mountain reporter' to small town newspapers in West County, Virginia. As an adult, he became part of the 'new thought' movement in the early 1990s. Napoleon Hill pioneered the modern genre of personal success literature.