Artículos relacionados a Women and ETA: The Gender Politics of Radical Basque...

Women and ETA: The Gender Politics of Radical Basque Nationalism 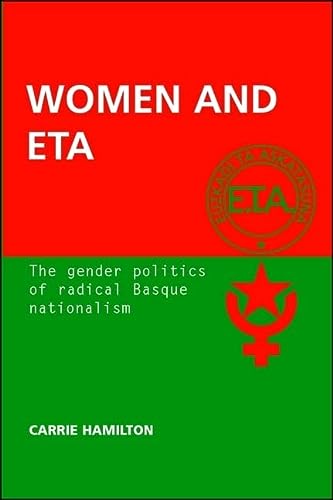 "Oral history at its best in the first in-depth study unveiling the role of women in Basque radical nationalism."--Jesus Casquete, University of the Basque Country, Spain.

At a time when conflicts in Europe, the Middle East and elsewhere are highlighting women's roles as armed activists and combatants, Women and ETA offers the first book-length study of women's participation in Spain's oldest armed movement. Drawing on a unique body of oral history interviews, archival material and published sources, this book shows how women's participation in radical Basque nationalism has changed from the founding of ETA in 1959 to the present. It analyses several aspects of women's nationalist activism: collaboration and direct activism in ETA, cultural movements, motherhood, prison and feminism. By focusing on gender politics Women and ETA offers new perspectives on the history of ETA, including recruitment, the militarization of radical Basque nationalism, and the role of the media in shaping popular understandings of 'terrorism'. These arguments are directly relevant to the study of women in other insurgence and terrorist movements. The book will be of interest to scholars and students of history, Hispanic studies, gender studies, anthropology and politics, as well as to journalists and readers interested in women's participation in contemporary conflicts and terrorist movements. -- .

1. Women and ETA: The Gender Politics of Radical Basque Nationalism