Suffragettes to she-devil. Ediz. illustrata: Women's Liberation and Beyond (DESIGN) 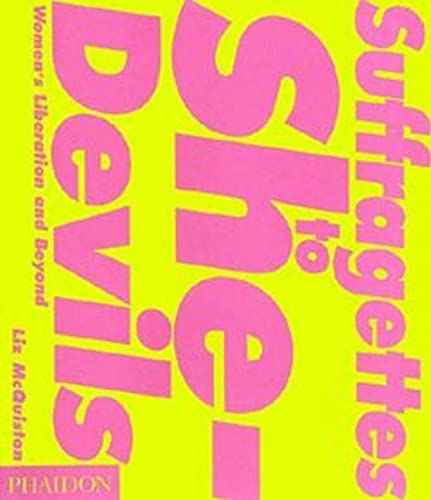 "Poignant, bold, pushy, funny, and heartrending."-Ms. "A graphics source book of immense scholarly depth."-Design Week "on't wait for the paperback: buy it in glorious hardback and savour every page."-Time Out " fascinating and thought-provoking journey through visual feminist publishing and activity. Humour pervades much of the book, which is reassuring since humour is not an emotion that many people associate with feminism. Every home should have a copy."-Creative Review "his visual history of feminism is a must for anyone interested in graphic design as an agent of change, or for any woman interested in her own story."-Elle Decoration

The fight for women's rights has been one of the great struggles of the last century, and its graphic expression has been central to this battle. Suffragettes to She-Devils captures the excitement of revolutionary campaigns and movements, from the vibrant visual identity of the militant Suffragettes, through the humour and sniping of the cartoons of 1960s Women's Lib, to the virtual-reality explorations of end-of-the-century cyberfeminists. It explores the developing role of graphics and related media in the struggle for women's liberation. This book covers a wide and international range of issues including women and war work; 1950's consumerism; women's rights in the workplace; gay rights and gay pride; and questions of identity, race, violence, health and welfare. An enormous variety of posters, billboards, publications, logos, artworks and computer graphics are illustrated, reflecting the ways in which women of all ages and cultures have created avenues for communication and fostered social change through graphic design.

1. Suffragettes to She Devils

2. Suffragettes to She Devils

3. Suffragettes to She Devils

4. Suffragettes to She Devils