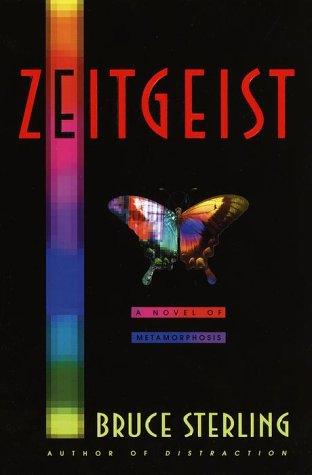 Searching for his own piece of the capitalist pie, pop culture wizard Lech "Leggy" Starlitz takes on the role of road manager for G-7, a hot female rock group, but his plans for success are threatened when his pesky daughter arrives, a Turkish contact turns out to be a right-wing hit man, his musicians turn political, and his schemes spark an unexpected apocalyptic confrontation. 22, 500 first printing.

ng is "perhaps the sharpest observer of our media-choked culture working today" (Time), offering haunting visions of a future shaped by a madness of our own making. His latest novel is a startling tragicomic spectacle that takes a breathtaking look at a world where the future is being chased down by the past....

It's 1999 in Cyprus, an ancient island bejeweled with blue-helmeted UN peacekeepers and littered with rusting land mines, corroding barbed wire, and illegal sewage dumps. Here, in the Turkish half of the island, the ever-enterprising Leggy Starlitz has alighted, pausing on his mission to storm the Third World with the "G-7" girls, the cheapest, phoniest all-girl band ever to wear Wonderbras and spandex. And his market is staring him in the face: millions of teenagers trapped in a world of mullahs and mosques, all ready to blow their pocket change on G-7's massive merchandising campaign--and to wildly anticipate music the grou