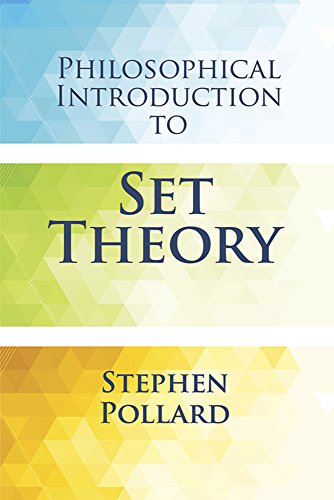 This unique approach maintains that set theory is the primary mechanism for ideological and theoretical unification in modern mathematics, and its technically informed discussion covers a variety of philosophical issues. Clearly written and frequently cited in the mathematical literature, this book appeals to students and scholars in many areas of philosophy and mathematics.

The primary mechanism for ideological and theoretical unification in modern mathematics, set theory forms an essential element of any comprehensive treatment of the philosophy of mathematics. This unique approach to set theory offers a technically informed discussion that covers a variety of philosophical issues. Rather than focusing on intuitionist and constructive alternatives to the Cantorian/Zermelian tradition, the author examines the two most important aspects of the current philosophy of mathematics, mathematical structuralism and mathematical applications of plural reference and plural quantification.
Clearly written and frequently cited in the mathematical literature, this book is geared toward advanced undergraduates and graduate students of mathematics with some aptitude for mathematical reasoning and prior exposure to symbolic logic. Suitable as a source of supplementary readings in a course on set theory, it also functions as a primary text in a course on the philosophy of mathematics.
Dover (2015) republication of the edition published by the University of Notre Dame Press, Notre Dame, Indiana, 1990.
See every Dover book in print at
www.doverpublications.com