Artículos relacionados a I am a Strange Loop

Hofstadter, Douglas R. I am a Strange Loop

I am a Strange Loop 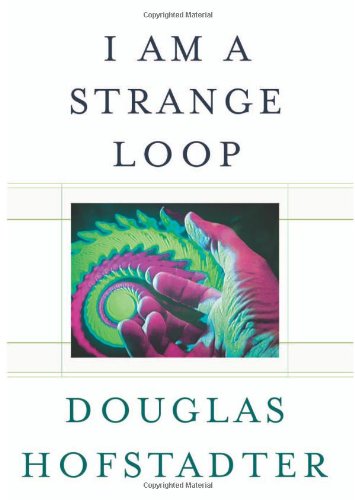 What do we mean when we say "I"? Can thought arise out of matter? Can a self, a soul, a consciousness, an "I" arise out of mere matter? If it cannot, then how can you or I be here? I Am a Strange Loop argues that the key to understanding selves and consciousness is the "strange loop"--a special kind of abstract feedback loop inhabiting our brains. Deep down, a human brain is a chaotic seething soup of particles, on a higher level it is a jungle of neurons, and on a yet higher level it is a network of abstractions that we call "symbols. " The most central and complex symbol in your brain or mine is the one we both call "I. " The "I" is the nexus in our brain where the levels feed back into each other and flip causality upside down, with symbols seeming to have free will and to have gained the paradoxical ability to push particles around, rather than the reverse. For each human being, this "I" seems to be the realest thing in the world. But how can such a mysterious abstraction be real--or is our "I" merely a convenient fiction? Does an "I" exert genuine power over the particles in our brain, or is it helplessly pushed around by the all-powerful laws of physics? These are the mysteries tackled in I Am a Strange Loop, Douglas R. Hofstadter's first book-length journey into philosophy since Godel, Escher, Bach. Compulsively readable and endlessly thought-provoking, this is the book Hofstadter's many readers have long been waiting for.