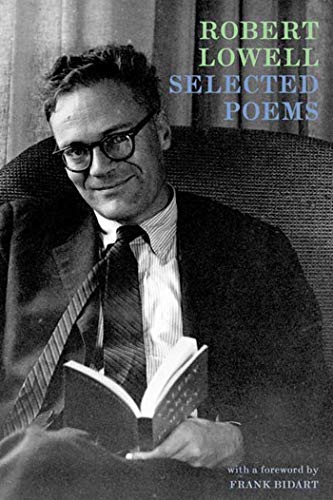 "By far the most famous poet of his era . . . Lowell transformed American poetry." --Charles McGrath, The New York Times Magazine

"Robert Lowell was one of the three or four greatest American poets of the twentieth century . . . his real peers are the classics of American literature: Melville and Whitman, Eliot and Frost . . . Lowell's torrential eloquence, his historical consciousness, his moral and political seriousness are a standing challenge." --Adam Kirsch, The Times Literary Supplement

"Lowell's genius and his grinding labor brought to verse in English not only technical mastery on a scale otherwise scarcely attempted in [the twentieth] century, but then his courage and honesty brought ... a new generosity and dignity to the whole enterprise of poetry." --John Thompson, The New York Review of Books

"The best American poet of his generation." --Time

"The subjects of these poems will eventually become extinct, like all other natural species devoured by time, but the indelible mark of their impression on a single sensibility will remain, in Lowell's votive sculpture, bronzed to imperishability." --Helen Vendler, The Atlantic Monthly

Selected Poems includes over 200 works culled from Robert Lowell’s books of verse—Lord Weary’s Castle, The Mills of the Kavanaughs, Life Studies, For the Union Dead, Near the Ocean, History, For Lizzie and Harriet, and The Dolphin. Edited and with a foreword by the poet Frank Bidart, who also edited Collected Poems of Robert Lowell, this volume is a perfectly chosen representation of “the greatest American poet of the mid-century” (Richard Poirier, Book Week).

2. Selected Poems: Expanded Edition: Including selections from Day by Day

3. Selected Poems: Expanded Edition: Including selections from Day by Day

4. Selected Poems: Expanded Edition: Including selections from Day by Day

Descripción Paperback. Condición: New. 2nd. Paperback. "Selected Poems" includes over 200 works culled from Robert Lowell's books of verse?"Lord Weary's Castle," "The Mills of the Kavanaughs," &quo.Shipping may be from multiple locations in the US or from the UK, depending on stock availability. 420 pages. 0.590. Nş de ref. del artículo: 9780374530068

9. Selected Poems: Expanded Edition: Including selections from Day by Day

10. Selected Poems: Expanded Edition: Including Selections from Day by Day