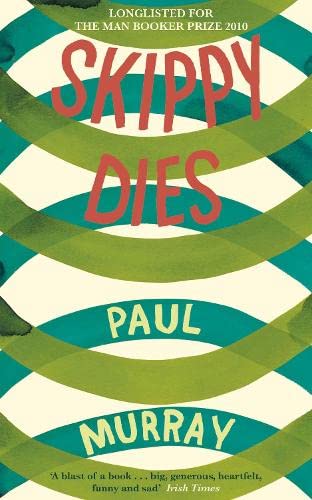 Ruprecht Van Doren is an overweight genius whose hobbies include very difficult maths and the Search for Extra-Terrestrial Intelligence. Daniel 'Skippy' Juster is his roommate. In the grand old Dublin institution that is Seabrook College for Boys, nobody pays either of them much attention. But when Skippy falls for Lori, the frisbee-playing Siren from the girls' school next door, suddenly all kinds of people take an interest - including Carl, part-time drug-dealer and official school psychopath . . .

A tragic comedy of epic sweep and dimension, Skippy Dies scours the corners of the human heart and wrings every drop of pathos, humour and hopelessness out of life, love, Robert Graves, mermaids, M-theory, and everything in between.