Artículos relacionados a Resistance: A Novel 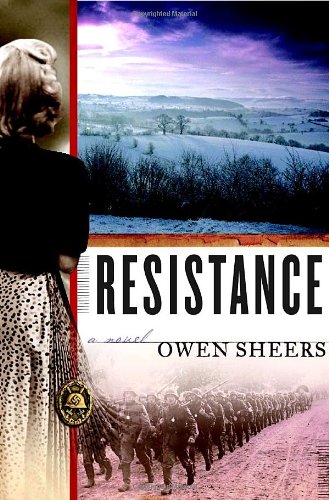 New. First. (First U.S. Edition stated and number line starts with 1.) Is inscribed on title page to previous owner by author. Dust jacket has minor wear at top corners and on spine at top. Not price-clipped ($23.95). No marks or bookplate inside. Not a remainder or ex-library. N° de ref. de la librería 003544

1944. After the fall of Russia and the failed D-Day landings, a German counterattack lands on British soil. Within a month, half of Britain is occupied. The seat of British government has fled to Worcester, Churchill to Canada. A network of British resistance cells is all that is left to defy the German army.
Against this backdrop, Resistance opens with Sarah Lewis, a twenty-six-year-old farmer’s wife, waking to find her husband, Tom, has disappeared. She is not alone, as all the other women in the Welsh border valley of Olchon wake to find their husbands gone. With this sudden and unexplained absence, the women regroup as an isolated, all-female community and wait, hoping for news.
Later, a German patrol arrives in the valley, the purpose of their mission a mystery. When a severe winter forces the two groups together, a fragile mutual dependency develops. Sarah begins a faltering acquaintance with the patrol’s commanding officer, Albrecht Wolfram, and it is to her that he reveals the purpose of the patrol. But as the pressure of the war beyond presses in on this isolated community, this fragile state of harmony is increasingly threatened.
Imbued with immense imaginative breadth and confidence, Owen Sheers’s debut novel unfolds with the pace and intensity of a thriller. A hymn to the glorious landscape of the Welsh border territories and a portrait of a community under siege, Resistance is a first novel of grace and power.