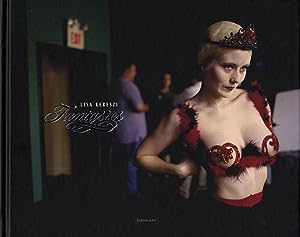 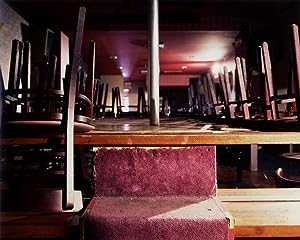 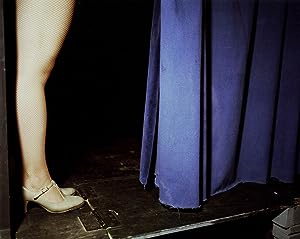 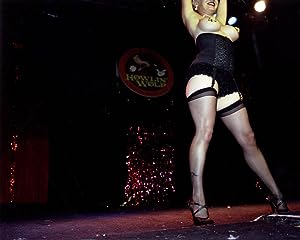 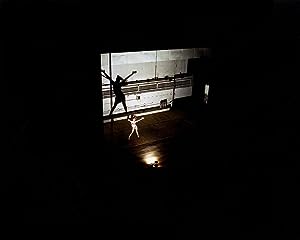 First edition, first printing. Signed, dated and inscribed in black ink on the title page by Kereszi, to an important figure in contemporary photography (please inquire), "For [name] - To Fantasy. 12/08." Hardcover. Photographically illustrated paper-covered boards; no dust jacket as issued. Photographs and text (in English and Italian) by Lisa Kereszi. Essay (in English and Italian) by Lynne Tillman. Includes a list of plate and a brief biography of the artist. 96 pp., with 58 four-color plates finely printed on matte paper by Grafiche Damiani, Bologna. 9-3/8 x 11-3/4 inches. Fine. From the publisher: "When Rudolph Giuliani's administration cracked down on Times Square strip clubs in the 1990s, a whole new burlesque movement was born in New York, concentrating less on the strip and more on the tease. The young New York photographer Lisa Kereszi, then an assistant to Nan Goldin, was there with her camera to catch it all happening. She began by shooting Show World, a club that was in the process of being closed down by the new laws. In her flash, Kereszi caught abandoned lockers, dressing rooms filled with old shoes and costumes and the grimy elegance of the empty theater--which was never meant to be seen by the light of day. Simultaneously, she began to photograph the new burlesque scene--which went underground in the late 1990s and has since evolved into a conceptually sophisticated, funny and rebellious medium. More pinup than porn, in just a few years, the new burlesque is no longer invisible, and has been gleefully appropriated into mainstream culture by way of Hollywood and the print media. A graduate of Yale University's MFA program, Kereszi's editorial work has appeared in books and magazines, including The New York Times Magazine, Nest, Harper's, Wallpaper and GQ; she is represented by Yancey Richardson Gallery in New York." Signed by Author. N░ de ref. de la librerÝa 111558


PAYMENT: Direct payments accepted for Visa, MasterCard, Discover, American Express, money orders,
cashier's checks, personal checks (may be subject to a 7-day holding period) and bank/wire transfers
(for orders over $500). Net 30 payment terms available for institutions (please provide purchase order
number with order, if required). We also accept electronic-check and credit card payments through
www.paypal.com. All payments must be made in U.S. dollars and drawn on a U.S. bank. New Mexico
resid...


U.S. SHIPPING: Shipping, insurance and delivery cost (for most items) is calculated by ABEbooks.com when you checkout. Our preferred shipping method for orders within the continental US is FedEx Ground to a business address (preferred) or FedEx Home Delivery to a home address. USPS Priority Mail is also available. Additional charge may apply to some books due to weight and/or value.