Artículos relacionados a Economy and Architecture 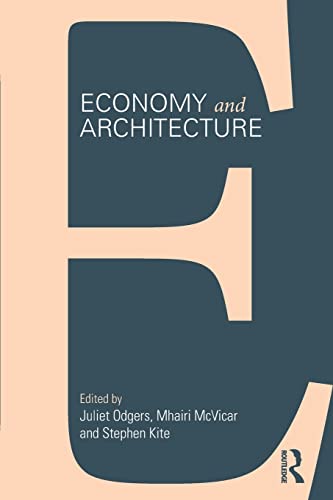 Economy and Architecture addresses a timely, critical, and much-debated topic in both its historical and contemporary dimensions. From the Apple Store in New York City, to the street markets of the Pan American Highway; from commercial Dubai to the public schools of Australia, this book takes a critical look at contemporary architecture from across the globe, whilst extending its range back in history as far as the Homeric epics of ancient Greece.

The book addresses the challenges of practicing architecture within the strictures of contemporary economies, grounded on the fundamental definition of ‘economy’ as the well managed household – derived from the Greek oikonomia – oikos (house) and nemein (manage). The diverse enquiries of the study are structured around the following key questions:

Books2anywhere are an established bookseller who have been serving customers worldwide since 2000. With warehouses in the US and the UK, Books2anywhere have a huge range of titles to offer including old favourites and the latest best sellers.


Orders are shipped from either our US or UK warehouse within 2 working days. Delivery thereafter is between 4 and 14 business days. Please contact us if you have any queries about our services or products.